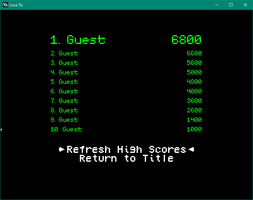 After the release of the game for the Medibang GameJam, I realized how much potential this game has if I took a little more time with it. So I'm going to start a devlog and record my progress of all the new stuff I've added after the release!

Between the submission and now, I've added some new features:

There's still a bit I want to add before I release this new update however!

chasing hearts in a chaotic world